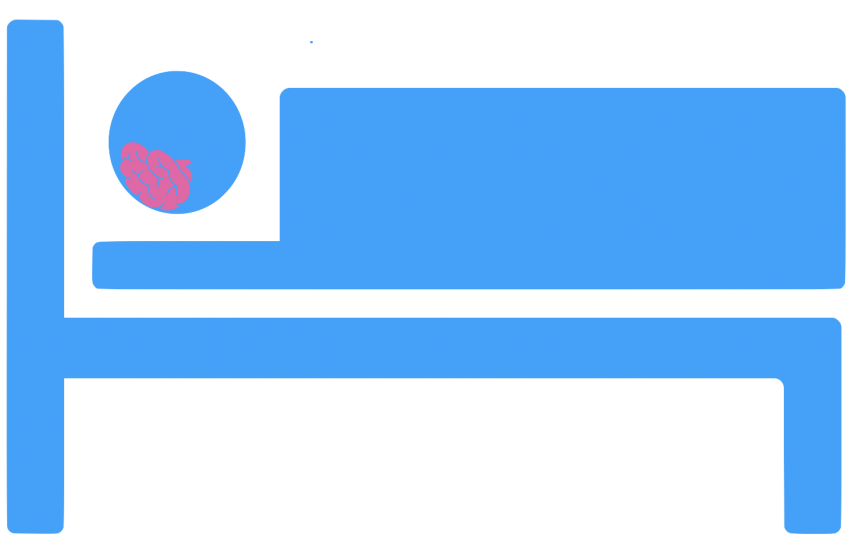 Why do we sleep? What is the purpose of sleep? The first part of the sleep cycle is called non-REM sleep or (NREM). There are four stages to NREM sleep. The first stage comes between being awake and falling asleep. The second is light sleep in which the body temperature decreases. The third and fourth stages are deep sleep. During REM sleep, the eyes move rapidly behind closed lids, breath rate increases, and the body becomes temporarily paralyzed as we dream. Brain waves are similar to when you are awake. This cycle repeats but with each cycle you spend less time in the third and fourth stages of NREM sleep and more time in REM sleep. The cycle will repeat four or five times.

A healthy amount of sleep is necessary for the brain’s ability to adapt to input. If we do not sleep enough, we have more trouble remembering things that we learnt during the day in the future and we are unable to process what we have learnt during the day. Sleep may also be believed to promote the removal of waste products from brain cells. This is something that occurs less efficiently when the brain is awake.

Circadian rhythms are controlled by a biological clock in your brain. This clock responds to light cues ramping up the production of melatonin (hormone) at night and then decreasing its production when it senses light. People who are blind often have trouble sleeping as they are unable to detect and respond to these light cues. Although every human has a 24-hour rhythm it varies between individuals. 40% are morning types and they prefer to wake at or around sunrise and function the best at this time. 30% are evening types and naturally prefer to go to sleep and wake up late. The remaining 30% are somewhere in the middle.

Throughout the day your desire for sleep builds as your adenosine builds up in the brain and when it reaches a certain point you need to sleep. When you are exhausted your body is able to engage in microsleep (episodes of sleep for a few seconds while your eyes are open). Microsleep can be very damaging if you are driving. In 2016, the AAA Foundation in Washington DC released the results of an extensive study of over 7000 drivers in the US tracked in detail over a two-year period. If you have only slept for 4 hours or less you are 11.5 times more likely to be involved in a car accident. Napping for more than 30 minutes after around 3pm can throw off your night’s sleep by decreasing your body’s sleep drive. As a society we only sleep around 6.8 hours a day as opposed to 9 hours a century ago. An adult requires 7-9 hours of sleep. Around 30% of adults report sleeping less than 6 hours per night. When people do not sleep enough, they have an increased risk for developing certain health problems such as diabetes and obesity. Their immunity is compromised so this increase the likelihood of any illness and infection. Sleep also plays a huge role in metabolism. Metabolism consists of anabolism (build up) and catabolism (break down). Metabolism refers to the burning of calories in performing activities of daily living. According to a study in 2010, lower metabolic rate and brain temperature occurring during NREM sleep provides an opportunity to deal with any damage done during the metabolically active period (as metabolism is associated with cell injury due to the release of free radicals).