The Mind of a Criminal 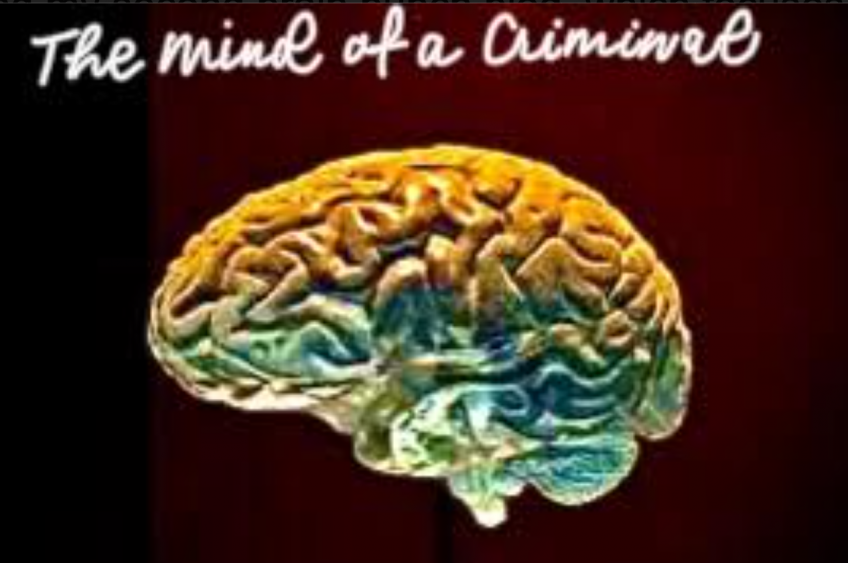 When heinous crimes occur, prosecutors often struggle to find the reason why. After all, wouldn’t it be difficult — almost impossible, even — to determine what caused someone to kill an innocent human being? What could potentially motivate someone to start fires, commit robberies, and cause overall chaos? Although criminals come in all shapes and sizes, some neuroscience research has identified biological commonalities — or risk factors — amongst those who have committed crimes. In other words, researchers are getting closer to mapping out the mind of a criminal.

The amygdala, which is the part of the brain involved in fear, aggression, and social interactions, is involved in a crime. A neuroimaging study led by Dr. Dustin Pardini at the University of Pittsburgh discovered that 26-year-old men with lower amygdala volumes were more than three times likely to exhibit aggressiveness, violence, and other psychopathic traits three years later when compared to men of the same age with normal-sized amygdalas. It should be noted that this study was independent of factors including history of violence and social background.

Furthermore, another study indicates that such deficits in the amygdala may appear long before people commit crimes. Adrian Raine, DPhil, from the University of Pennsylvania conducted a study with Dr. Yu Gao at CUNY-Brooklyn which examined fear conditioning — or the ability to express fear; fear conditioning is dependent on amygdala function. The research group consisted of 1,795 3-year-olds; the researchers put electrodes on the children’s fingers while playing two tones: one followed by an unpleasant sound — which would evoke fear — and another that was played alone. Hence, the difference in sweat responses determined the toddler’s level of fear, or fear conditioning. Twenty years later, the team identified the participants who had committed crimes and found that those who went on to do so failed to demonstrate fear when the majority of the populace would. Therefore, this study indicates that signs of crime predisposition are identifiable at a very young age.

Essentially, an important question is raised: If research has shown that alarming differences can occur in people’s brains at such a young age, can something be done to alter those abnormalities? A study published in the American Journal of Psychiatry explored this; it was found that a sample of 3-year-olds who attended an enrichment program centered around nutrition, exercise cognitive skills had better brain functioning at the age of 11 and a 34 percent reduction in criminal activity at the age of 23 when compared with the other sample group that did not attend this program. Such studies have come to show that while biology and anatomy may signal a presence of certain traits, the environment decides the expression of these said traits.

In summary, the amygdala is linked to one’s likelihood of committing a crime; specifically, lower amygdala volumes heighten one’s predisposition for doing so. Nonetheless, it is important to note that these biological observations are not destiny; unlike genetics, the brain develops and changes over a person’s lifetime. In combination with expanding healthy practices to everyone and intervention, we can use the ever-evolving knowledge of brain structure and function to prevent a crime before it happens.