Is This Your Card? 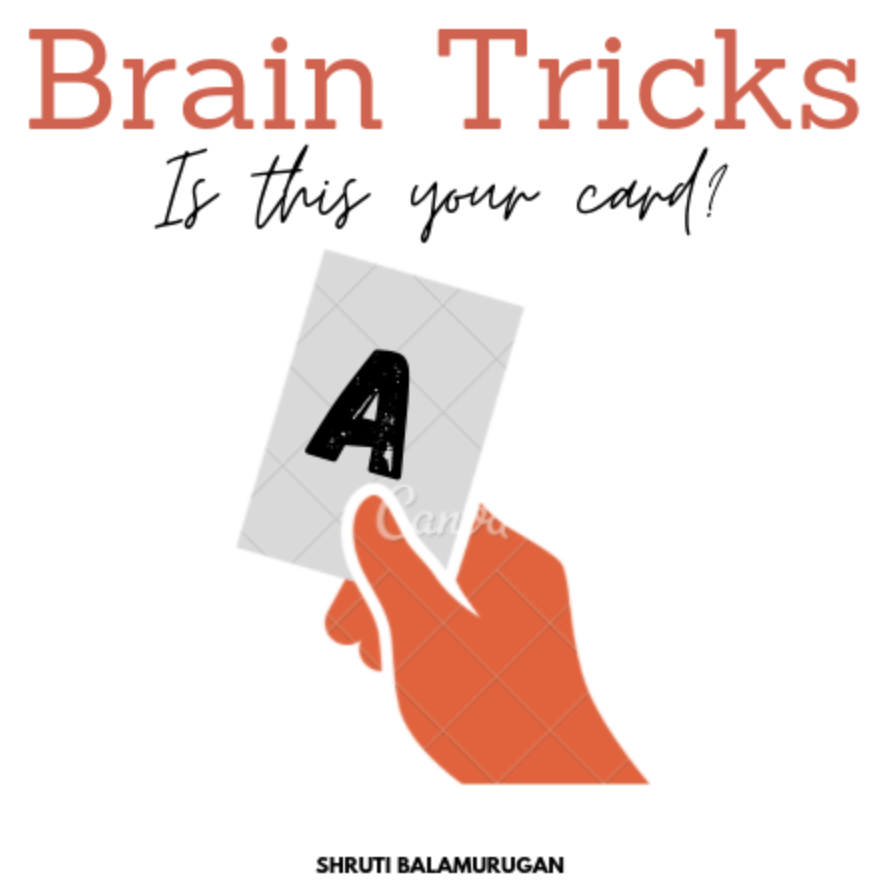 I pride myself on being a person with common sense. I pride myself on not being an idiot most of the time. I like that I’m rational and usually logical. You probably are too! You and I hold a plethora of information about how the world works in our brains, likely more than any species has ever had before. Humans have built cars and buildings, created language, harnessed electricity, seen atoms, and figured out how they work. What a race the humans are! What triumphs of rationality and intelligence!

And yet, we’ve all had moments where we’ve been a little stupid. You lock your keys in the car; She forgets what she was going to say midsentence; He has gone over budget and is now facing a lot of debt. Everyone does it. Everyone’s brain is overtaken with preconceived ideas and thought trains that make the brain not as smart as we believe it to be.  Your idols, Albert Einstein, even my mom. So don’t worry! You’re in good company — no matter who you surround yourself with, we are all prone to serious misconceptions and speculation.

Take a simple logical puzzle, known as the Wason Selection Task. It’s a card task that sounds simple enough. Imagine I deal four cards in front of you which have letters on one side and numbers on the other. The cards I dealt read, from left to right, 3 – 8 – a – f. Easy enough so far, right? I say to you, “There is one rule here. If a card has an even number, it must have a vowel on the other side. Which card or cards do you have to flip to see if I’m lying?”

It’s harder than it sounds, right? In the original experiment, psychologist Peter Wason had only 10% of people get it right. How come? Why do we, as people who are well versed in common sense, logic, and rationality get stumped? After all, we are part of the smartest species — shouldn’t this be a breeze? If we cured polio and built the pyramids, why can 90% of people not get this right?

But wait — maybe it’s not actually that hard. Maybe your brain is being tricked into thinking you’re not logical enough to get this.

Let’s rephrase the task: I give you four cards again, this time with the name of drinks on one side and a number on the other. They read 53 – vodka – water – 16. I say, “You are at a bar, and the law says you need to be 21 or over to drink alcohol. Which card(s) do you flip over to check I’m lying?”

Suddenly, the task becomes easy. But really, nothing changed in the problem I gave you. All I did was give you the puzzle in a context you were more familiar with — so, what, did you suddenly become a logistician? Of course not. You always knew how to solve this problem. You just didn’t know it.

The Wason selection task is a classic example of how humans are smart, yet dumb at the same time. We have these preconceived notions that we are the smartest race with the smartest way of going about things, but those beliefs fall apart in practice. Our brains play tricks on us, creating one reality when the fact is that reality may not be the truth. People can be tricked into remembering things that aren’t real; we can be tricked into seeing things that aren’t there; we can be tricked in an infinite amount of ways an infinite amount of times — and we can be none the wiser every single time.

In this column, Brain Tricks, we explore those deceptions. Maybe next time, we can catch ourselves in the act. Maybe we can turn those tricks around and turn them into something positive. Don’t worry! This will be fun.